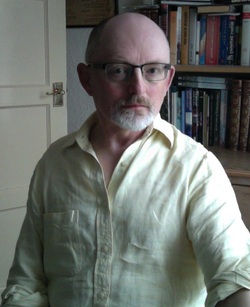 Anthony is a military historian who focuses on the First World War. He has a PhD from the University of Exeter and a B.Tech (Hons) from Brunel University. Between 1978 and 1983, he worked as a Patent Officer in the Principal Directorate of Patents, MoD. As a historian, he has a particular interest in the relationship between technology and tactics, and in munition lethality. He is an authority on the invention, development and tactical use of British grenades and mortars in the First World War. He has a keen interest in European swords and swordsmanship.

He has six non-fiction titles to his name, including Trench Warfare 1850–1950 (Pen & Sword), Reinventing Warfare 1914–18 (Bloomsbury/Continuum) and Raiding on the Western Front (Pen & Sword). Anthony is currently working on a novel set during the First World War which will be published by Endeavour Press. He also writes eccentric fiction. So far, his genius for this has gone unrecognised and his novel, The Spectacle that is Jack Coq and his Amazing Anatomie, a tragedie in diverse Acts, has yet to appear in print.

Until a few years ago, Anthony was a keen fencer. Epée was his weapon of choice. He also knows how to handle a rapier and a smallsword. He’s even choreographed a spot of stage combat but not professionally (he’s not allowed to because he lacks certification).

Anthony has worked as a freelance in publishing for many years. He has written magazine articles and he has more than twenty years experience as a copy-editor.

He lives in Devon in the south-west of England and has a three-year-old lurcher/husky cross called Rosie. 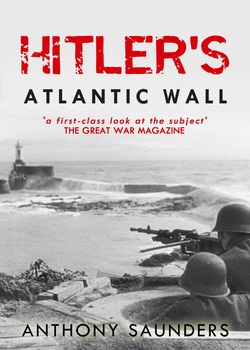 It was designed as the ultimate defense of Hitler's Thousand-Year Reich.
A wall that would secure the Nazi empire from invasion.
Fortifications are often impressive in their sheer size and strength, but the breadth of the monolithic battlements that make up Hitler’s Atlantic Wall is incredible.
Millions of tonnes of steel-reinforced concrete was poured into tens of thousands of defences along nearly 3,000 miles of European coastline, in a project which involved countless workers.
The structures they built were so massive that many still survive today despite vigorous attempts to demolish them.
This is the first history and guide to the wall to be written in English, and examines the reasons behind its construction.
Hitler conceived the Atlantic Wall as a line of impregnable defences to protect his newly conquered empire from the inevitable onslaught of Allied attack. Bunkers, gun emplacements, flak batteries, radar stations and observation posts were rapidly built to form this remarkable barrier.
France was thought to be most vulnerable to invasion from sea, so the crucial parts of the wall were built along the Channel and Atlantic coasts.
By the time of the Allied assault in June 1944, more than 700 batteries alone had been built in less than two years. Many of the fortifications saw fierce battles, as Allied soldiers faced the difficult task of taking individual bunkers by direct assault.
Anthony Saunders examines the French positions in detail, describing what was built and how, the fighting that took place at each one, and presents a comprehensive guide to what remains of the sites today.
‘Hitler’s Atlantic Wall’ is an authoritative and informative account which serves as a guide for tourist and enthusiast alike, while shedding light on an often overlooked aspect of the Second World War that had important consequences for both the Allies and Germany.