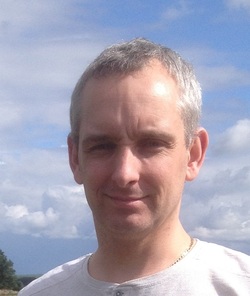 Simon Willis is a British writer working in Northamptonshire in the heart of England. Originally from the North East of England, Simon has had many careers from serving in the British Army to assembling Ford car engines. He currently writes in his spare time whilst working as a Purchaser for Avery UK.


He enjoys playing 8 ball pool, and he used to play for a local team (until they were relegated from the league - Simon doesn't like to discuss this). He also enjoys going for walks in the countryside, playing the acoustic guitar and sometimes even writes a few songs. He likes to listen to new music (although not as loud as he used to), and frequently goes along to local venues to support up and coming acts.


His non-fiction has featured in a number of local publications, however Hannah and The Lucky Faerie is his first novel. He is currently working on the sequel as well as a multi-part Fantasy series.
Authonomy Page 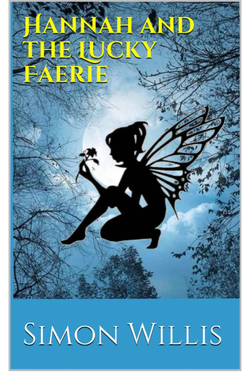 What would you do if you found a lucky faerie that seemed to grant wishes?

Hannah's life has been filled with disappointment and let downs: dumped into a children's home when she was a baby, called names at school for being 'different', cheated on by her boyfriend. It seems like things can't get much worse.

Then she finds a good luck charm called Caera The Lucky Faerie and her luck starts to change. Before she knows it, guys are hitting on her, she's winning big money on scratchcards, and Hannah is starting to really believe in faeries.

But something is watching her. Something deadly. Hannah's life is about to change forever, because, as she finds out, if you believe in good faeries you have to believe in the bad ones
Buy Hannah And The Lucky Faerie
Buy Finding Faeries
Twitter