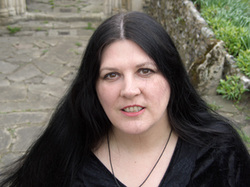 Jaq D Hawkins is a writer with 10 books in publication in the Mind, Body, Spirit genre published by Capall Bann Publishing, as well as four indie Fantasy novels in print and E-book; The Wake of the Dragon, Dance of the Goblins, Demoniac Dance, and, Power of the Dance.

She is currently working on more Mind, Body, Spirit titles for the indie digital market, beginning with Echoes of Ganesha, as well as a science fiction novel. More information will be forthcoming on upcoming titles as they near completion.

Information on all titles can be found through her website at http://www.jaqdhawkins.co.uk

Samples from various projects occasionally appear on her blog at http://indiewritenet.com/jaqdhawkins/ 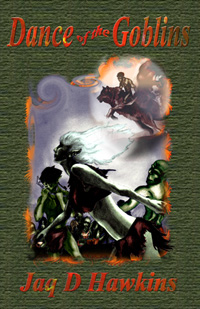 When the planet shifted, most of the surface dwellers were destroyed. The few pockets of survivors were left without technology and little supplies, but they built a simple feudal society on the rubble of the city.

Meanwhile, the creatures in the deep places moved closer to the surface, taking over the old underground transport tunnels abandoned by the humans. Their own Shamanic way of life had survived only by staying out of sight of the humans who habitually killed what they did not understand.

Five generations of humans passed and the descendants of survivors settled into a way of life that was simple but satisfying, until one day a man wandered into one of the old tunnels... 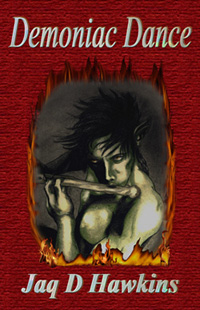 A young girl flees her home and an unwanted marriage. Desperation takes her to the riverside, the site where as a toddler she was patted kindly by the goblin who had befriended the human ruler, Count Anton. But another memory of that day unsettles her as she pushes the small boat into the current. A memory of bubbles in the river, and of blood. There's something in the water still. Driven by a premonition that she belongs with the people across the river, she soon meets the children of Magicians. . .and of goblins. Yet, there are greater challenges to face. In the midst of conflict between species and between the ever combative northern and southern humans, a new enemy arises from over the sea. The goblins see the danger of this invasion to their own uneasy peace with the familiar local humans, but they disagree among themselves as to whether they will best serve their kind by helping the surface dwellers, or by leaving all humans to kill each other once and for all. 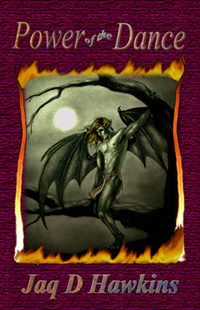 Khemael, called both Angel and Demon by the superstitious humans, is a creature of beauty and grace, with a mostly human appearance. His love of stretching his dragon-like wings and flying freely in the world of men brings far too much attention to the existence of the goblins, who long once again to be forgotten in their underground world. Haghuf, with the old ways entrenched into the very core of his being, knows that the inevitable responsibility will fall to him. He must destroy the beautiful creature who, in the world of the humans, would be called his grandson.

To complicate the matter, King Alaric claims Khemael as kin, and refers to him as 'nephew'. To kill a relative of the king would renew hostilities between the humans and the goblins, despite the love for the goblins that Alaric shares with his father, the exiled Count Anton. For these reasons, Khemael's sense of adventure has continued unchecked for too long.

Amidst unrest among the more fearful humans south of the river and disparity in the world of the goblins, messages come from Anton who travels in the north. A different kind of invader than those they have encountered before moves towards the city. A tribal people, close akin to Anton's people, seek better climate and food supplies than the cold north has provided for several generations. They are moving south.

There are too many of the nomads to assimilate into the feudal civilisation that Alaric's ancestors forged from devastation. Whatever happens, the impending incursion will bring change to their people... and Khemael's flights in the world above threaten to bring the danger to the caverns of the goblins. 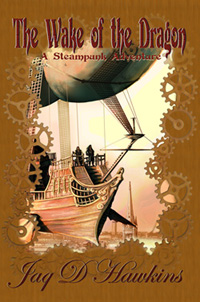 No sane airshipman will fly near a storm, but the cover of storm edge offers effective concealment for airship pirates who can strike quickly from above before anyone knows a ship is near. With the protection of Aide, the goddess of air travel, one airship defies the elements to seek fortune for the rag tag aerialists who make up the pirate crew. The elements are the least of their problems when they find themselves saddled with an airsick clerk, a crewmember suspected of working for the East India Company and a love sick farm girl whose headstrong misconceptions compel her to seek adventure where no decent woman would wander unescorted. Battling businessmen, mechanoids and villagers armed with torches and pitchforks, Captain Bonny must decide who to trust, and if the only rational course of action is one of apparent madness.
Website
Blog
Facebook
Twitter
Amazon Page